Mr. Truitte I. Moreland is an experienced educator, who is driven by his faith and has been a noteworthy leader in the public education field for over 20 years, serving as a school administrator for twelve years and as principal for eight years.

In the early years of his career, he was nominated as the teacher of the year, by his peers. As he advanced into his primary role of being a principal, Mr. Moreland was recognized as the Gold Medallion recipient for the 2017 Leonard Miller Principal Leadership Award from The Council for Educational Change for his extraordinary commitment to quality education.  He was also honored as a recipient of the Innovation in Education Award from the Jacksonville Business Journal.

During his free time, this proud father enjoys spending time with his family, supporting non-profit organizations, and improving his community. He has served on the Cultural Council of Greater Jacksonville CSGP committee as a Community Representative for 2 terms and enjoys being a youth soccer coach in Jacksonville.

He holds degrees in African American Studies, Education and Educational Leadership and is excited in be a part of Tiger Nation and takes pride in providing the best leadership possible.  He defines educators as practitioners who have the responsibility of teaching, modeling, and inspiring others to be committed to the principles of honor, scholarship, and service.  He looks forward to making his mark on Tiger Nation for many years to come. 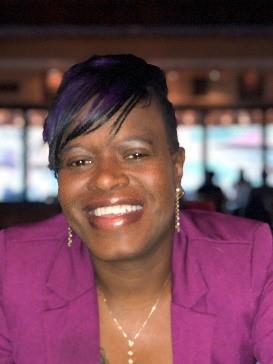 My name is Lorlesha L. Pitts and I work for Duval County Public Schools at Andrew Jackson School of Advanced Technology where I currently serving as the Dean of Students. I am the oldest of three girls and have a 14-year-old son whom I love very dearly. I am originally from Detroit Michigan but relocated to Jacksonville Florida in 1999. In May of 2018, my family grew once again when I remarried and blended our beautiful families. We are world-travelers who try to explore different countries at least four times a year. So far, we have visited Thailand, France, The Netherlands, Vietnam, Belgium, and Mexico just to name a few. Unfortunately, COVID 19 has put a halt to all travels for now.

I have been working in education for the past 14 years where I started as an assistant basketball coach and paraprofessional.  Upon receiving my bachelor’s in math, my teaching journey began where I have only worked in the inner-city turnaround schools.  My first four years were spent in middle school and I am currently in my tenth year at Andrew Jackson High School.  During this time, I have assumed many leadership roles as a teacher. These roles include but are not limited to: Jacksonville Teacher Residency Lead Clinical Residency Mentor, Math Department Lead Teacher, Assistant Athletic Director, Head Girls Basketball Coach, and Member of the Curriculum Writing Team. For five years, I have served as a Clinical Residency Mentor for the Jacksonville Teacher Residency (JTR). JTR is a teacher preparation program that prepares STEM graduates to teach math and science in Jacksonville’s high-needs middle and high schools. This process has helped me grow as an educator and as a person.  I have had the pleasure of seeing these young adults leave my classroom and now have their own classrooms. They are thriving in an environment where many new teachers do not finish their first year. This year I am extending my mentoring skills by taking on the challenge of serving as Dean of Students, while also helping support the math department. These new positions are the next steps towards reaching my ultimate goal of becoming an administrative leader in an inner-city secondary school. My desire is to be a change agent for the most vulnerable student populations by building positive relationships and giving students structure. The area I feel I can make the most impact is helping teachers harness the influence they have in their classroom in order to raise student engagement and achievement.

Most would describe me as a very passionate, determined, loyal, dedicated, hard-working woman. I strive to give 110% in everything that I do. I will not stop until the job is complete.